India has struck Pakistan across the Line of Control,

12 days after 40 CRPF jawans were killed in a suicide

bombing in Jammu and Kashmir’s Pulwama.

The Indian Air Force has launched airstrikes on terror camps and launch pads at 3.30 am. 1,000 kg bombs were dropped on Jaish bases across the LoC by multiple jets, including the IAF’s Mirage 2000.

The move comes two weeks after the terror attack in pulwama  in which over 40 soldiers of the Central Reserve Police Force (CRPF) were killed when a suicide bomber of the Pakistan-based Jaish-e-Mohammed exploded a car full of bombs next to a security convoy.

Here is how the daring air strikes on Pakistan were launched:

The Indian Government has issued an official statement for the airstrike today. 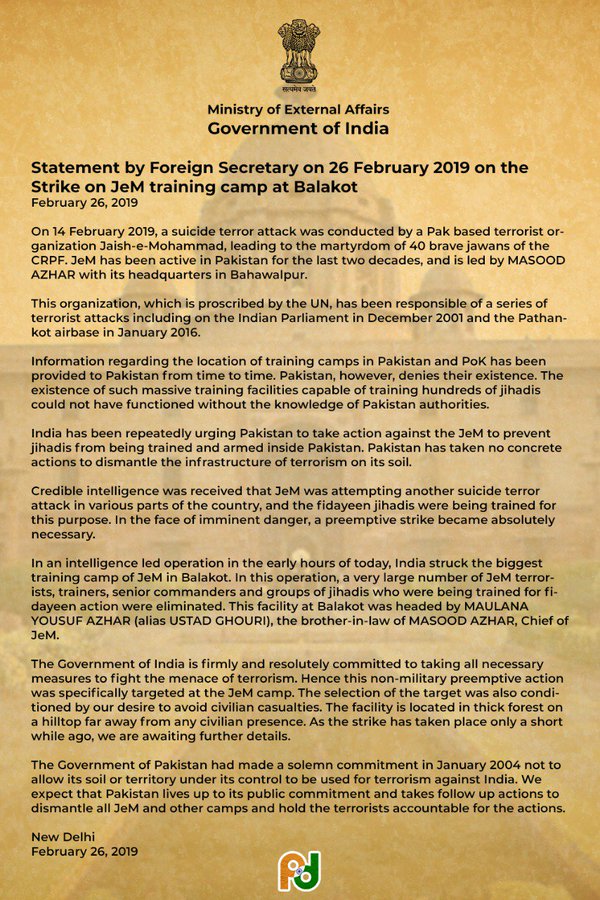